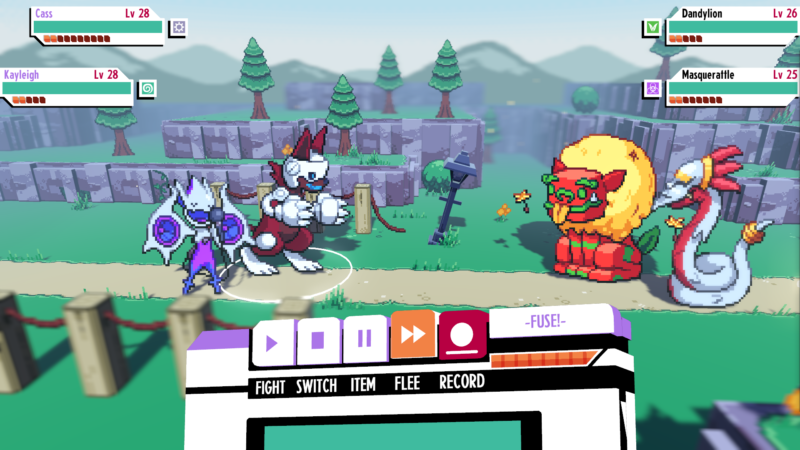 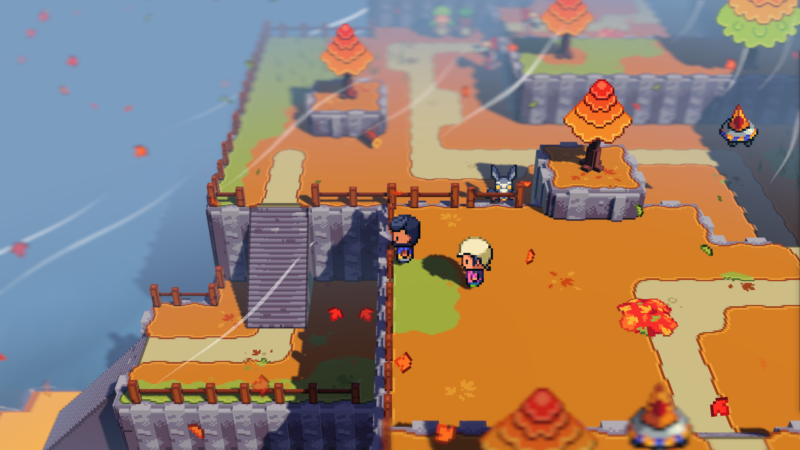 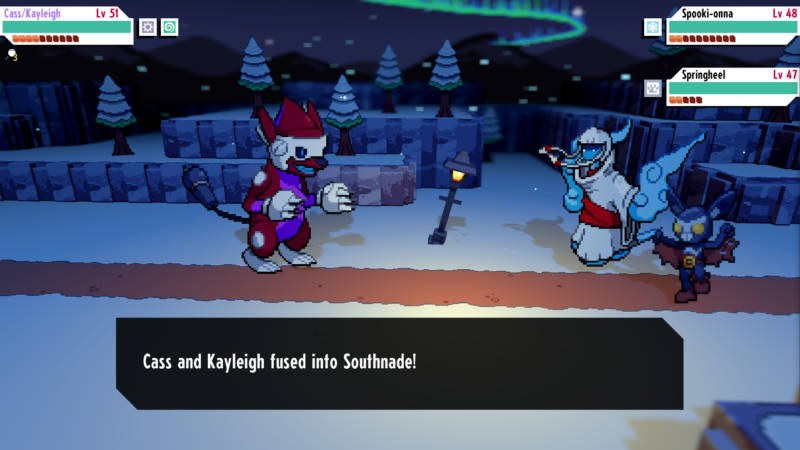 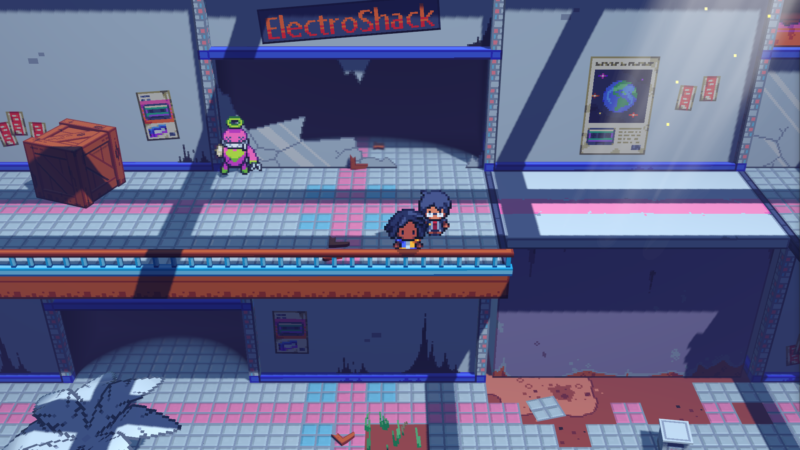 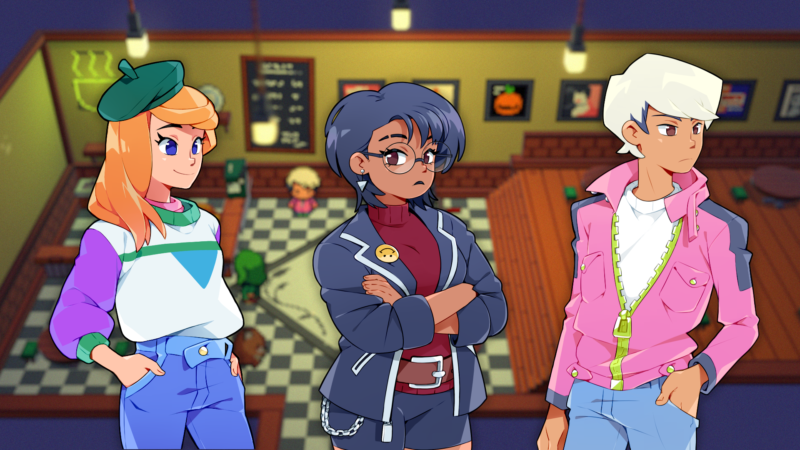 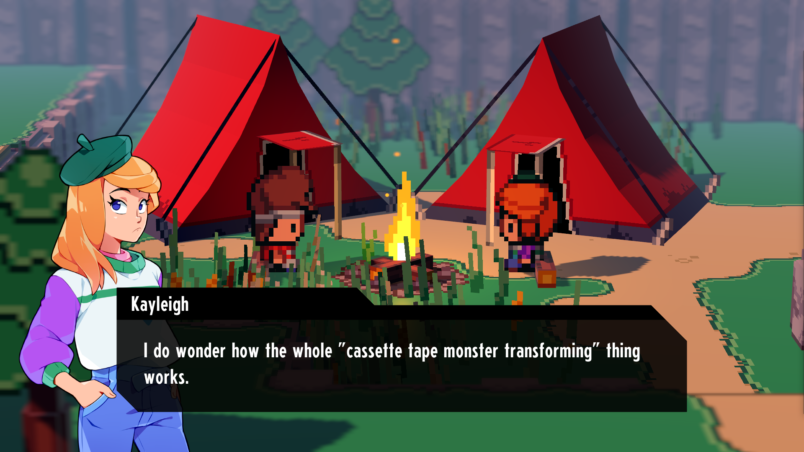 This week, we’re going to take a look at the ins and outs of monster transformation. Cassette tapes? Recording? What does it all mean?

If you’ve been following so far, you’ll know that in the world of New Wirral, the residents transform using cassette players. Each cassette tape contains the essence of one monster form, that its listener can transform into to battle.

Transforming into a monster is the best way to fight back against the hostile monsters that roam this strange island! But how does one obtain new monster forms?

The built-in microphone on the cassette players can be used to record the essence of a wild monster. This isn’t straightforward and it comes with its own risks. In order to record a monster, you must return to human form – which means you are vulnerable to attack.

When you select the “Record” option in battle, you are given the option to choose a blank tape, and also the wild monster you wish to target. For the next turn of combat, the party member who is recording will return to human form, establishing a recording connection with the target.

A percentage meter will appear above the heads of the target – this displays the chance of a successful recording. This likelihood can be raised or lowered before the turn ends, and is influenced by several things:

A successful recording will net you a new tape, and a new bestiary entry for your collection if you’ve not obtained this monster form before!

That’s the gist of it! Whilst most monster forms can be obtained from wild monsters, there are some that you might have to add to your collection through other means.

For our next blog post, we’ll look at the battle system with more depth, as well as how fusion works. Which begs the question – what does a fusion of Thwackalope and Bansheep look like?

As always, you can come chat to us on the official Discord and follow us on Twitter!
Until next time!