In our last Steam Blog we talked about the in-depth fusion system, a powerful game system that allows you to fuse two different monster forms into a unique fully-animated sprite combination. This system can generate over fourteen thousand unique fusions that will allow you as a player to fully customize your team to fit your unique style!

As part of the Guerrilla Collective digital games showcase we now have more details and new gameplay footage to share!

Click the Wishlist and Follow buttons on Cassette Beasts’ store page to help support us! You can also join our growing Discord community to be a part of exclusive streams, Q&A sessions, and keep abreast of the latest info. 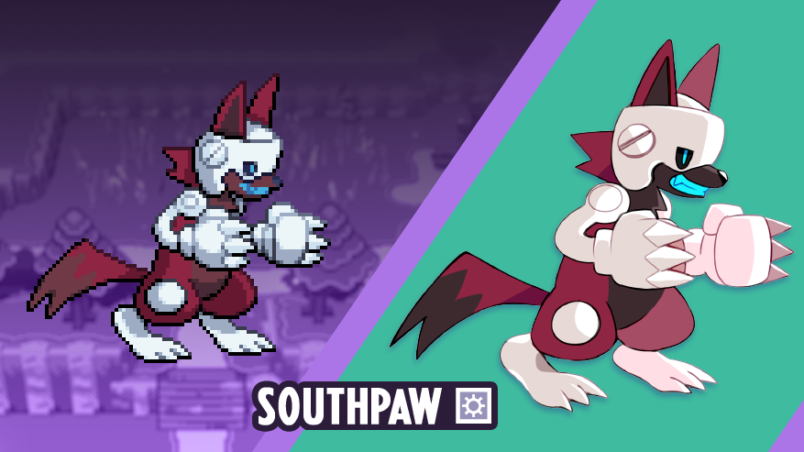 Hey folks! This week we’re showing off another new monster from Cassette Beasts!

Southpaw is a fast-moving, fast punching metal-type beast. Their bodies are coated with a lightweight and flexible metal that allow them to withstand attacks and deliver swift attacks. Unlike Palangolin, which use heavy armour plating and long-range weapons to fight, transforming into Southpaw gives you a lightweight and aggressive form that allows for a more agile approach to battle.

It makes you wonder: what if Palangolin and Southpaw fused in battle?

While most of the monsters in Cassette Beasts are designed in-house at Bytten Studio, Southpaw was designed for us by character artist Sami Briggs (Smai). Sami has drawn some really cool art for the project, and Southpaw’s pixel art sprite was drawn based on her initial concept below:

When asked about her thoughts when designing Southpaw, Sami said:
“I love creating things that look cool, sharp and sometimes exaggerated, so I really wanted to design a beast that represents my style and tastes! I felt a half-wolf, half-robot boxer would be an interesting combo that best reflected what I was after!”

That’s all from us for now! You can follow us for more news on our Twitter page, and you can do the same for Sami if you’d like to see more of her work. Don’t forget, you can wishlist Cassette Beasts on Steam! 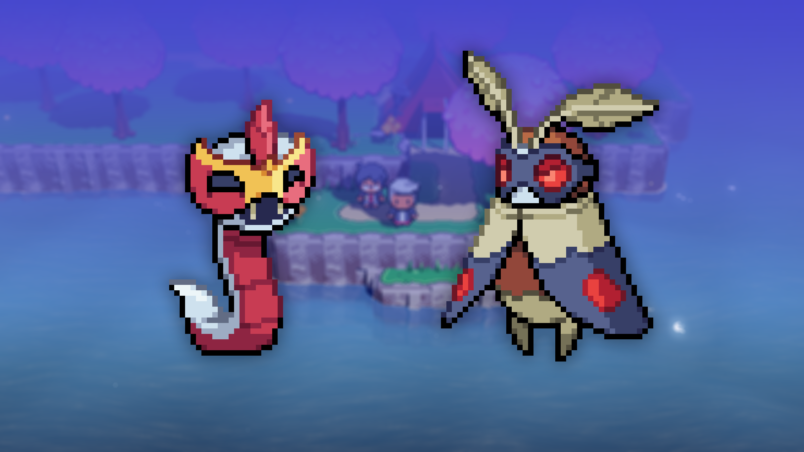 Hey everyone! It’s been 3 months since we announced Cassette Beasts so we thought it’d be nice to do a catch up of everything we’ve revealed since then – and maybe show off some new stuff as well!

Our announcement trailer reveal in May went down better than we could possibly have imagined:

Along with the trailer, we also showed off some monster designs, a look into the game’s chemistry system, and also the fusion system. Our in-browser playable fusion demo also let players see for themselves the capabilities of our fusion system!

Since the reveal, we’ve been showing off snippets of the game alongside working hard on it:

Our reveal trailer song, Same Old Story, was also announced as a part of Black Screen Record’s free compilation vinyl “Sounds of Summer 2020”. It’s really exciting to see our composer Joel’s work alongside other talented musicians – it’s totally free to order the record so you should totally do that!

As a little celebration for our quarter-year anniversary, we thought we’d show off some new monsters!

Carniviper may exude a friendly demeanour, but don’t let its smile fool you – it isn’t particularly welcoming. If these poison-type beasts are encountered in the grasslands of New Wirral, they are known to silently watch any passing humans intently until they leave their vicinity. If not, they’ll become hostile very quickly! You may also have seen Carniviper’s evolved form before.

Dominoths can flap their large wings to take flight, and also whip up gusts of wind to attack their foes. Rumours are that recording this air-type creature uniquely gives the one who recorded it the power to summon wings of their own… That can’t be true, can it?

That’s all for now! Thanks for joining us on this journey so far, it’s been great fun! There’s lots of cool stuff involving Cassette Beasts we can’t wait to talk about, so keep an eye on our Twitter page. As always, feel free to come by the Discord and chat to us! 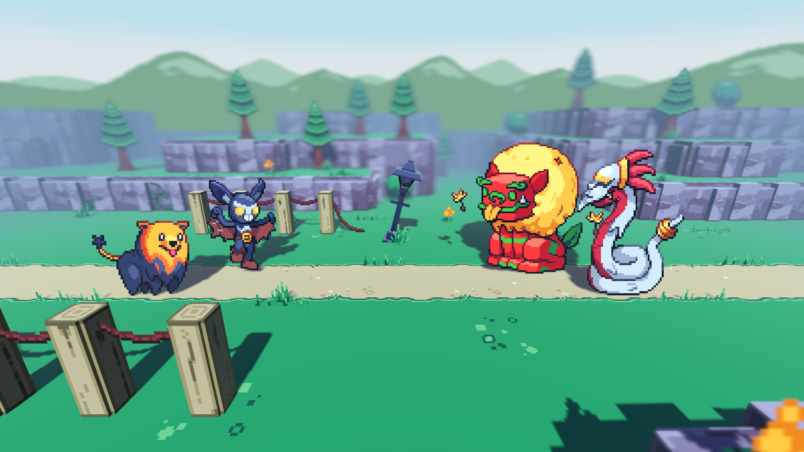 Hi folks! It’s Tom and Jay of Bytten Studio here! You might have seen our previous release as a studio: Lenna’s Inception–a procedurally-generated action-adventure RPG, with a branching narrative and two complete art styles. Other games we’ve worked on include Stardew Valley, Starbound and Wargroove!

Today we’re revealing our new project: Cassette Beasts. This has been in the works since late last year–keeping it quiet all this time has been quite a challenge to say the least! So without further ado…

Welcome to New Wirral, a remote island inhabited by creatures you’ve only dreamed of, nightmares you hopefully haven’t, and a cast of brave folks who use cassette tapes to transform for battle. To find a way home you’ll need to explore every inch of the island, and record monsters to tape to gain their abilities!

Transform into monsters using… retro cassette tapes?!
Faced with the constant threat of monster attacks, the residents of Harbourtown, New Wirral choose to fight fire with fire. Record a monster to tape, then play it back to take on its form for battle!

Fuse monster forms
Getting close to your companion has benefits–while transformed you can combine your strengths to gain the upper handle in battle! Any two monster forms can be fused to produce unique, fully-animated new fusion forms.

Travel alongside a diverse cast of human companions
Never fight alone! Form bonds, spend time together, and help your selected partner complete personal goals to become a better team. The strength of your relationship determines how well you’re able to fuse!

Master a deep battle system
Take advantage of elemental chemistry to apply extra buffs or debuffs alongside your attack, or even alter your opponent’s elemental type!

Cassette Beasts is something of a dream game for us. We can’t wait to share it with you all! 🙂

We’re currently looking for funding and publishing partners. If you’re as excited about Cassette Beasts as we are, you can help spread the word by sharing this post!

PS. For anyone wondering if this announcement changes it–the 1.1 update we announced for Lenna’s Inception is still on the way.