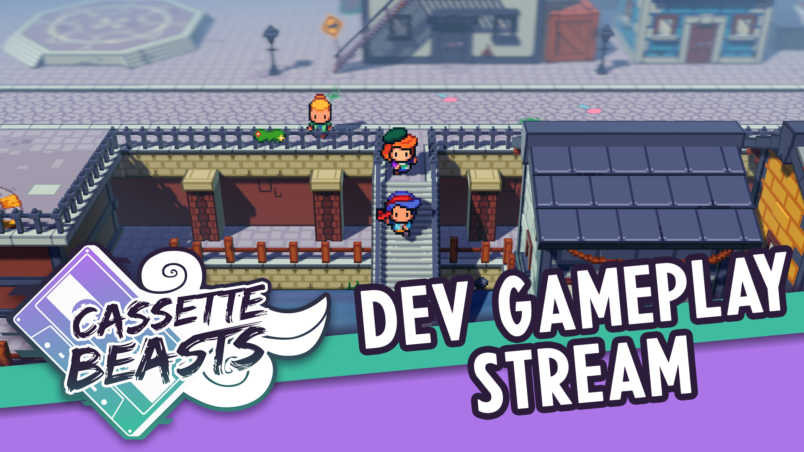 Hi folks! On Friday Jay and I hosted a streamed gameplay session of Cassette Beasts on our Discord server. If you missed it, the event was recorded and can now been seen on our YouTube channel:

Shown in this stream was:

We also talked about mechanics and some general design philosophy.

If you like what you see, wishlist and follow Cassette Beasts on Steam, and join our Discord to be part of the next stream!

While you’re here, if you missed it back in March, we released a new trailer showing off some of the cosy vibes of New Wirral:

We also showed off a new monster: Puppercut.